Robin egg blue
Robin egg blue, also called eggshell blue, is a shade of cyan (bluish-green color), approximating the shade of the eggs laid by the American robin. The
Shades of cyan
in English was in 1923. The color robin egg blue is displayed at right. The first recorded use of robin's egg blue as a color name in English was in 1873
Tiffany Blue
Tiffany Blue is the colloquial name for the light medium robin egg blue color associated with Tiffany & Co., the New York City jewelry company created
Haint blue
insect repellent. The blue color is also appreciated from an aesthetic standpoint for mimicking the color of the sky. Robin egg blue "Why do so many Southern
American robin
the Migratory Bird Treaty Act. Robin egg blue is a color named after the color of the bird's eggs. The American robin is the state bird of Connecticut
List of colors (compact)
Pale cornflower blue Pale cyan Pale gold Pale goldenrod Pale green Pale lavender Pale magenta Pale pink Pale plum Pale robin egg blue Pale silver Pale
List of colors by shade
white and gray, it is an achromatic color, literally a color without hue. Blue is a color, the perception of which is evoked by light having a spectrum
Honor 9
"Hands-on with the 'robin egg blue' Honor 9". Android Central. Retrieved 4 October 2017. "Honor 9 limited edition in Robin Egg Blue coming to the UK". GSM
Cyan
Cyan (/ˈsaɪ.ən, -æn/) is the color between green and blue on the visible spectrum of light. It is evoked by light with a predominant wavelength between
Eggshell (color)
matte sheen as an egg's shell, rather than the same color; consequently eggshell paint can be any color, not just off-white. Robin egg blue, also known as 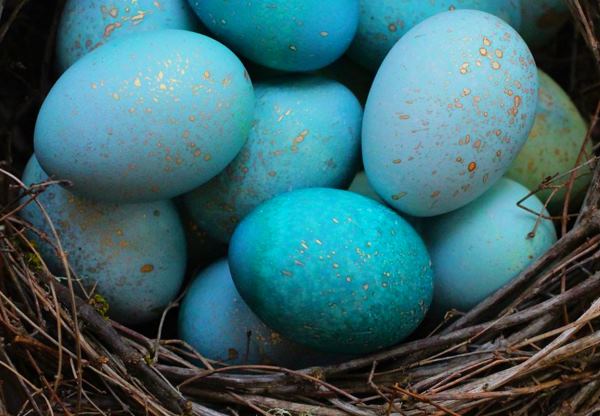