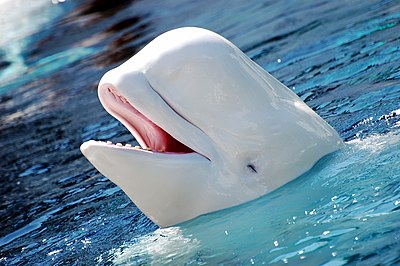 White
White is the lightest color and is achromatic (having no hue). It is the color of objects such as snow, chalk, and milk, and is the opposite of black
White on White
Suprematist Composition: White on White (1918) is an abstract oil-on-canvas painting by Kazimir Malevich. It is one of the more well-known examples of
The White Lotus
The White Lotus is an American comedy-drama anthology television series created by Mike White for HBO. It follows the guests and employees of the fictional
White supremacy
White supremacy or white supremacism is the belief that white people are superior to those of other races and thus should dominate them. The belief favors
White people
White is a racialized classification of people and a skin color specifier, generally used for people of European origin, although the definition can vary
White Russia
Look up White Russia or White Russian in Wiktionary, the free dictionary. White Russia, White Russian, or Russian White may refer to: White Ruthenia,
White Light, White Heat, White Trash
White Light, White Heat, White Trash is the fifth studio album by American punk rock band Social Distortion, released on September 17, 1996, by 550 Music
White-red-white flag
The white-red-white flag (Belarusian: Бела-чырвона-белы сцяг, romanized: Biela-čyrvona-biely sciah) is a historic flag used by the Belarusian Democratic
White House
The White House is the official residence and workplace of the president of the United States. It is located at 1600 Pennsylvania Avenue NW in Washington
Black and white
Black-and-white (B&W or B/W) images combine black and white in a continuous spectrum, producing a range of shades of grey. The history of various visual