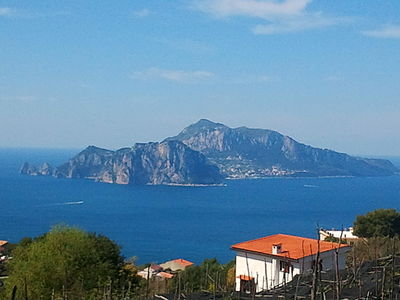 Capri
Capri (/ˈkæpri/ KAP-ree, US also /kəˈpriː, ˈkɑːpri/ kə-PREE, KAH-pree; Italian: [ˈkaːpri]; Neapolitan: [ˈkɑːprə]) is an island located in the Tyrrhenian
Ford Capri
The Ford Capri is a fastback coupé built by Ford of Europe, designed by Philip T. Clark, who was also involved in the design of the Ford Mustang. It used
Sierra Capri
Sierra Capri is an American actress. She is known for starring in the Netflix series On My Block as Monse Finnie. Capri was born and raised in Baltimore
Mercury Capri
Capri (later Mercury Capri) is a nameplate marketed by the Lincoln-Mercury division of Ford Motor Company on three distinct series of automobiles between
Ahna Capri
August 19, 2010), better known by her professional name Ahna Capri (also as Anna Capri), was an American film and television actress best known for her
Capri Sun
Capri-Sun (Capri Sun in the United States; UK: /ˈkæpri/, US: /kəˈpriː/) is a German brand of juice concentrate drinks. Invented by Rudolf Wild, it was
Capri (disambiguation)
Capri is an Italian island in the Gulf of Naples. Look up Capri or capri in Wiktionary, the free dictionary. Capri or CAPRI may also refer to: Capri (TV
Capri pants
Capri pants (also known as three quarter legs, or capris, crop pants, man-pris, clam-diggers, flood pants, jams, highwaters, or toreador pants) are pants
Critical Assessment of Prediction of Interactions
Critical Assessment of PRediction of Interactions (CAPRI) is a community-wide experiment in modelling the molecular structure of protein complexes, otherwise
Kid Capri
1967) is an American DJ and rapper better known by his stage name Kid Capri. Kid Capri's humble roots can be traced back to his parents' home in the Bronx