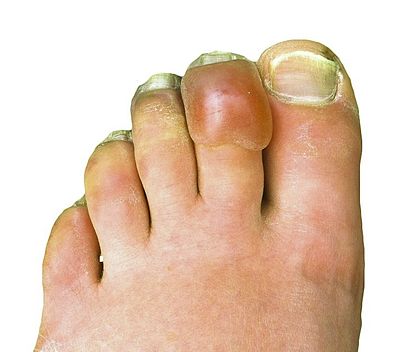 Frostbite
Frostbite is a skin injury that occurs when exposed to extreme low temperatures, causing the freezing of the skin or other tissues, commonly affecting
Frostbite (game engine)
Frostbite is a game engine developed by DICE, designed for cross-platform use on Microsoft Windows, seventh generation game consoles PlayStation 3 and
Frostbite (comics)
Frostbite, in comics, may refer to: Frostbite (G.I. Joe), a character that has appeared in a number of G.I. Joe comics Frostbite, a character from Wildstorm
Aerosol burn
An aerosol frostbite of the skin is an injury to the body caused by the pressurized gas within an aerosol spray cooling quickly, with the sudden drop
Frostbite (disambiguation)
Look up frostbite in Wiktionary, the free dictionary. Frostbite is a medical condition involving damage to skin and tissues due to extreme cold. The term
Frostbiter: Wrath of the Wendigo
Frostbiter: Wrath of the Wendigo, is an independent comedy horror film, filmed sometime in 1988 but released in 1995 by Troma Entertainment. One of the
Frostbite (Mead novel)
Frostbite is a vampire novel written by Richelle Mead. It is the second novel in the #1 New York Times bestselling series, Vampire Academy. Frostbite
Frostbite (album)
Frostbite is the seventh studio album by Albert Collins, released in 1980 on Alligator Records. "If You Love Me Like You Say" (Little Johnny Taylor) –
The Adventures of Rocky and Bullwinkle and Friends
collaborated on Crusader Rabbit, based upon the original property The Frostbite Falls Revue. This original show never got beyond the proposal stage. It
DICE (company)
Star Wars: Battlefront series. Through their Frostbite Labs division, the company also develops the Frostbite game engine. Digital Illusions was founded