Heliotrope
Look up heliotrope in Wiktionary, the free dictionary. Heliotrope most often refers to: Heliotrope (color), a pink-purple color, named for the color of
Heliotrope (mineral)
The mineral aggregate heliotrope (from Ancient Greek ἥλιος (hḗlios) 'sun', and τρέπειν (trépein) 'to turn'), also known as bloodstone, is a cryptocrystalline
Heliotrope (color)
Heliotrope is a pink-purple tint that is a representation of the colour of the heliotrope flower. The first recorded use of heliotrope as a color name
Heliotrope (instrument)
The heliotrope is an instrument that uses a mirror to reflect sunlight over great distances to mark the positions of participants in a land survey. The
Energy-plus building
was coined by Disch in 1994 when building his private residence, the Heliotrope as the first PlusEnergy house in the world. Disch then went on to refine
HMS Heliotrope
Heliotrope after the genus of flower. HMS Heliotrope (1915) was an Azalea-class sloop launched in 1915 and sold for scrapping in 1935. HMS Heliotrope (K03)
Heliotrope (building)
The Heliotrope is a design of environmentally friendly housing by German architect Rolf Disch. Three such buildings exist in Germany; the first experimental
Heliotropium
the heliotrope family, Heliotropiaceae. There are around 325 species in this almost cosmopolitan genus, which are commonly known as heliotropes (sg.
Heliotropium indicum
Heliotropium indicum, commonly known as Indian heliotrope, Indian turnsole is an annual, hirsute plant that is a common weed in waste places and settled
Petasites pyrenaicus
Petasites pyrenaicus, the winter heliotrope, is a medicinal and ornamental flowering plant in the family Asteraceae. This perennial grows from deep rhizomes 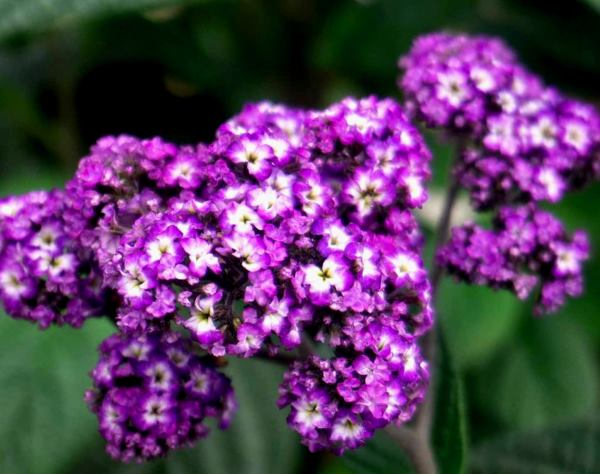