Geometer moth
and metron μέτρον "measure" in reference to the way their larvae, or inchworms, appear to measure the earth as they move along in a looping fashion.
Inchworm (disambiguation)
Look up inchworm in Wiktionary, the free dictionary. An inchworm is the caterpillar of a Geometer moth. Inchworm may also refer to: "Inchworm" (song)
Inchworm (song)
"Inchworm", also known as "The Inch Worm", is a song originally performed by Danny Kaye in the 1952 film Hans Christian Andersen. It was written by Frank
Inchworm motor
The inchworm motor is a device that uses piezoelectric actuators to move a shaft with nanometer precision. In its simplest form, the inchworm motor uses
Inchworm (toy)
The Inchworm was a ride-on toy for children produced by the Hasbro Corporation, first introduced in the early 1970s. Inchworm was designed by Joseph M
El Capitan
happy to see that the little inchworm has saved the two bear cubs and the rock is named in the inchworm’s honor. The “Inchworm Rock” version of the meaning
Piezoelectric motor
depending on their mechanism. Examples of types piezoelectric motors include inchworm motors, stepper and slip-stick motors as well as ultrasonic motors which
Hexbug
two sets of legs, hence the "inchworm". The Inchworm came in five colors: Green, Red, Indigo, Black, and Plum. The Inchworm also debuted in Fall 2008 along
Timandra amaturaria
Timandra amaturaria, the cross-lined wave moth or cobra inchworm, is a species of moth of the family Geometridae. The species was first described by Francis
Macaria bisignata
Macaria bisignata, the redheaded inchworm, is a moth of the family Geometridae. It is found from Newfoundland to Georgia, west to Arizona, north to Ontario 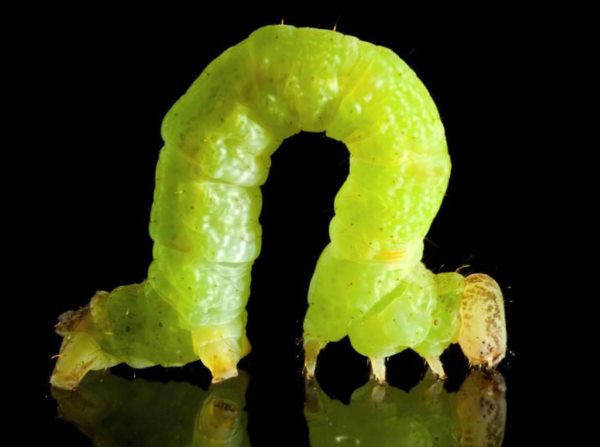