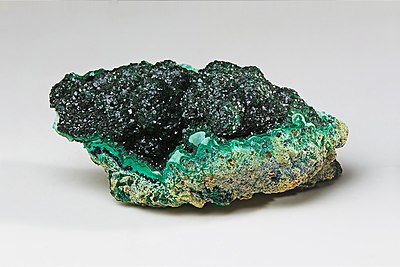 Malachite
Malachite is a copper carbonate hydroxide mineral, with the formula Cu2CO3(OH)2. This opaque, green-banded mineral crystallizes in the monoclinic crystal
Malachite green
Malachite green is an organic compound that is used as a dyestuff and controversially as an antimicrobial in aquaculture. Malachite green is traditionally
Malachite kingfisher
The malachite kingfisher (Corythornis cristatus) is a river kingfisher which is widely distributed in Africa south of the Sahara. It is largely resident
Malachite (disambiguation)
Look up malachite in Wiktionary, the free dictionary. Malachite is a carbonate mineral. Malachite may also refer to: Malachite (color) Italian submarine
Azurite
common basic copper(II) carbonate minerals, the other being bright green malachite. Aurichalcite is a rare basic carbonate of copper and zinc. Simple copper
Malachite sunbird
The malachite sunbird (Nectarinia famosa) is a small nectarivorous bird found from the highlands of Ethiopia southwards to South Africa. They pollinate
Moab Man
The Moab Man (also called "Malachite man") is a find of several human skeletons found after bulldozing in a mine whose rock dated to the Early Cretaceous
The Mistress of the Copper Mountain
(Russian: Хозяйка медной горы, tr. Hozjajka mednoj gory), also known as The Malachite Maid, is a legendary creature from Slavic mythology and a Russian fairy
The Malachite Box
The Malachite Box or The Malachite Casket (Russian: Малахитовая шкатулка, tr. Malakhitovaya Shkatulka, IPA: [məlɐˈxʲitəvəjə ʂkɐˈtulkə]) is a book of fairy
Green pigments
and absorb the others. Important green pigments in art history include Malachite and Verdigris, found in tomb paintings in Ancient Egypt, and the Green 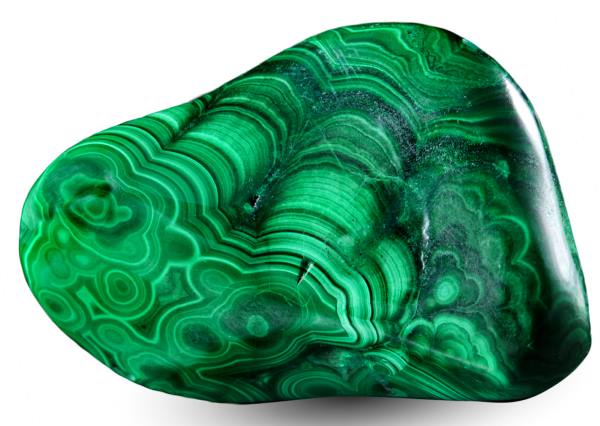