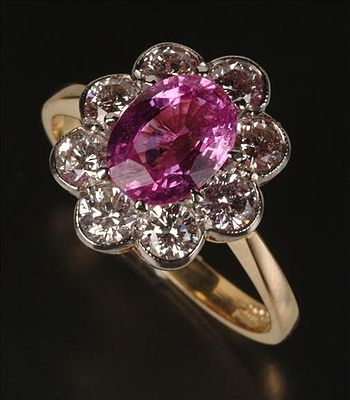 Pink
Pink is the color of a namesake flower that is a pale tint of red. It was first used as a color name in the late 17th century. According to surveys in
Pink (disambiguation)
Look up pink or pinkness in Wiktionary, the free dictionary. Pink is a pale red color. Pink, Pinks, or Pink's may also refer to: Pink's Hot Dogs, a restaurant
Pink Floyd
Pink Floyd are an English rock band formed in London in 1965. Gaining an early following as one of the first British psychedelic groups, they were distinguished
Pink (singer)
Alecia Beth Moore Hart (born September 8, 1979), known professionally as Pink (stylized as P!nk), is an American singer, songwriter, actress and dancer
Shades of pink
Pink colors are usually light or desaturated shades of reds, roses, and magentas which are created on computer and television screens using the RGB color
The Pink Panther
The Pink Panther is an American media franchise primarily focusing on a series of comedy-mystery films featuring an inept French police detective, Inspector
Born Pink
Born Pink is the second studio album by South Korean girl group Blackpink, released on September 16, 2022, through YG Entertainment and Interscope Records
Pink (Serbia)
1999, Pink broadcast with RTS1.[citation needed] Pink's parent company is the Belgrade-based Pink International Company, a member of the Pink Media Group
Blackpink
Billboard 200, peaking at number one with their second studio album Born Pink (2022), which is the best-selling album of all time by a Korean girl group
Pink discography
American singer and songwriter Pink has released eight studio albums, one live album, five video albums, six compilation albums, 55 singles, six promotional