Plum
A plum is a fruit of some species in Prunus subg. Prunus. Dried plums are called prunes. Plums may have been one of the first fruits domesticated by humans
Plum (color)
Plum is a purple color with a brownish-gray tinge, like that shown on the right, or a reddish purple, which is a close representation of the average color
Prune
A prune is a dried plum, most commonly from the European plum (Prunus domestica). Not all plum species or varieties can be dried into prunes. A prune
Sugar plum
A sugar plum originated as a piece of dragée or hard candy made of hardened sugar in a small round or oval shape. "Plum" in the name of this confection
Kelsey Plum
Kelsey Christine Plum (born August 24, 1994) is an American professional basketball player for the Las Vegas Aces of the Women's National Basketball Association
Plum Brandy
Plum Brandy, also known as The Plum (French: La Prune), is an oil painting by Édouard Manet. It is undated but thought to have been painted about 1877
Plum, Pennsylvania
East Hills suburbs. In 2018, Plum's population was 27,135. Plum is often referred to as "Plum Boro" or more correctly "Plum Borough" by locals to distinguish
Plum pudding model
The plum pudding model is one of several historical scientific models of the atom. First proposed by J. J. Thomson in 1904 soon after the discovery of
Don's Plum
Don's Plum is a 2001 black-and-white independent drama film directed by R. D. Robb, starring Leonardo DiCaprio, Tobey Maguire and Kevin Connolly. It was
Christmas pudding
sometimes known as plum pudding (though this can also refer to other kinds of boiled pudding involving dried fruit). The word "plum" had been used for 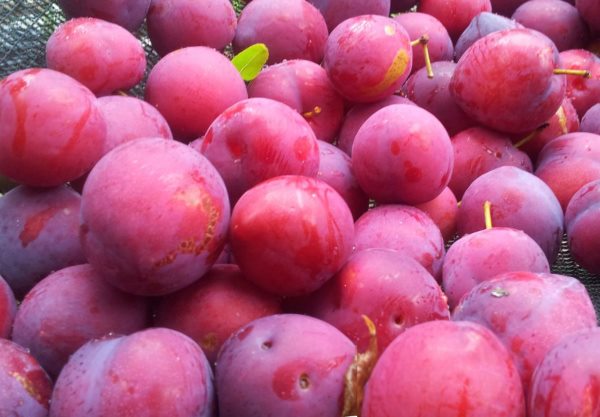