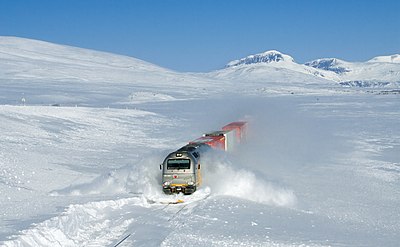 Snow
Snow comprises individual ice crystals that grow while suspended in the atmosphere—usually within clouds—and then fall, accumulating on the ground where
SNOW
SNOW 1.0, SNOW 2.0, and SNOW 3G are word-based synchronous stream ciphers developed by Thomas Johansson and Patrik Ekdahl at Lund University. SNOW 1.0
Snow leopard
The snow leopard (Panthera uncia), also known as the ounce, is a felid in the genus Panthera native to the mountain ranges of Central and South Asia. It
Snow (Japanese singer)
SNoW (pronounced: "Snow"; born June 11, 1985 in Tokyo, Japan) is a Japanese singer and songwriter also known as Yukie. She grew up in a bilingual environment
Antarctic Snow Cruiser
The Antarctic Snow Cruiser was a vehicle designed from 1937 to 1939 under the direction of Thomas Poulter, intended to facilitate transport in Antarctica
Let It Snow! Let It Snow! Let It Snow!
"Let It Snow! Let It Snow! Let It Snow!", also known as simply "Let It Snow", is a song written by lyricist Sammy Cahn and composer Jule Styne in July
Snow cream
Snow cream can be one of two distinct desserts. A dessert consisting of whipped cream with added flavorings. A dessert in which snow is mixed with a sweetened
Brittany Snow
Brittany Anne Snow (born March 9, 1986) is an American actress. She rose to prominence after appearing in the CBS soap opera Guiding Light (1998–2001)
Snow roller
A snow roller is a rare meteorological phenomenon in which cylindrical snowballs are formed naturally as chunks of snow roll down hill or are blown along
Al Snow
name Al Snow. He is best known as a wrestler for Smoky Mountain Wrestling, Extreme Championship Wrestling, and World Wrestling Entertainment. Snow has also