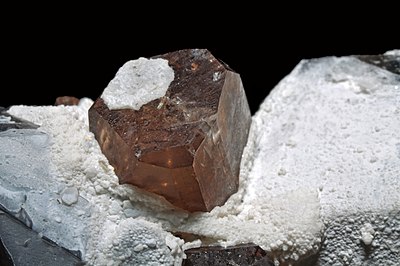 Topaz
Topaz is a silicate mineral of aluminium and fluorine with the chemical formula Al2SiO4(F,OH)2. It is used as a gemstone in jewelry and other adornments
TOPAZ
TOPAZ may refer to: TOPAZ nuclear reactor, a nuclear reactor developed in the Soviet Union TOPAZ (think thank), an organisation of the Czech Republic Topaz
Ford Tempo
The Ford Tempo and its Mercury counterpart the Topaz, are compact cars produced by the Ford Motor Company for model years 1984 to 1994. They were the
Dudu Topaz
Dudu Topaz (Hebrew: דודו טופז; September 20, 1946 – August 20, 2009) (born David Goldenberg) was an Israeli TV personality, comedian, actor, screenwriter
Topaz Page-Green
Topaz Page-Green is a fashion model and the founder and president of the non-profit corporation The Lunchbox Fund. Topaz Page-Green was born in 1979 and
Topaz Mountain
Topaz Mountain is a summit in the Thomas Range of Utah, east of the Thomas caldera. The summit and surrounding area are known for their abundances of
Topaz (disambiguation)
Topaz is a mineral or gemstone. Topaz or TOPAZ may also refer to: Topaz (Marvel Comics), a comic book sorceress Agent Topaz, a character from the anime
A+ (yacht)
previously named Topaz, is a luxury motor yacht constructed by Lürssen in Bremen, Germany. Topaz was launched in May 2012. Topaz was partially acquired
Riverdale (2017 TV series)
6 finale he takes sole ownership of the casino. Vanessa Morgan as Toni Topaz (season 3–present; recurring season 2): A bisexual member of the Southside
Topaz (apple)
Topaz is a cultivar of dessert apple that was developed in Czech Republic by the Institute of Experimental Botany for scab resistance. According to Orange