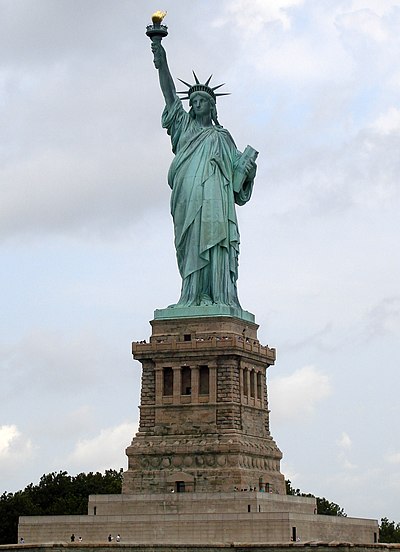 Verdigris
Verdigris is the common name for blue-green, poisonous, copper-based pigments that form a patina on copper, bronze, and brass. The technical literature
Verdigris (disambiguation)
Verdigris may also refer to: Verdigris, Oklahoma Verdigris (Doctor Who), a Doctor Who novel Verdigris, a play by Jim Beaver Verdigris agaric, common name for
Verdigris River
The Verdigris River /ˈvɜːrdɪɡrɪs/ is a tributary of the Arkansas River in southeastern Kansas and northeastern Oklahoma in the United States. It is about
Verdigris Technologies
Verdigris Technologies is a venture-backed artificial intelligence technology start-up founded in 2011 by Mark Chung, Thomas Chung, and Jonathan Chu,
Shades of cyan
color of copper(II) acetate made this form of verdigris a much used pigment. Until the 19th century, verdigris was the most vibrant green pigment available
Verdigris Township
Verdigris Township may refer to the following places in the United States: Verdigris Township, Wilson County, Kansas Verdigris Township, Antelope County
Green pigments
weeks later, the verdigris scraped off. Another method was to put copper plates in clay pots filled with distilled wine. The verdigris which formed was
Verdigris, Oklahoma
Verdigris is an incorporated town in Rogers County, Oklahoma, United States, in the Tulsa metropolitan area. It straddles former U.S. Highway 66 (now
Type O Negative
Type O Negative were an American gothic metal band formed in Brooklyn, New York City in 1989 by Peter Steele (bass, lead vocals), Kenny Hickey (guitar
Stropharia aeruginosa
Stropharia aeruginosa, commonly known as the verdigris agaric, is a medium-sized green, slimy woodland mushroom, found on lawns, mulch and woodland from