Shades of violet
color are middle violet or simply violet. Displayed at right is the color vivid violet, a color approximately equivalent to the violet seen at the extreme
Dioscorea alata
other names, is a species of yam (a tuber). The tubers are usually a vivid violet-purple to bright lavender in color (hence the common name), but some
List of colors (compact)
Vivid orange peel Vivid orchid Vivid raspberry Vivid red Vivid red-tangelo Vivid sky blue Vivid tangelo Vivid tangerine Vivid vermilion Vivid violet Vivid
Indigo
well as one of the seven colors of the rainbow: the color between blue and violet; however, sources differ as to its actual position in the electromagnetic
Ube ice cream
ice cream is often used in making the dessert halo-halo. Due to its vivid violet color and mildly sweet and nutty taste, ube has been a staple of Filipino
Shades of purple
colors is referred to by the term violet in some other texts. The confusion about the range of meanings of the terms violet and purple is even larger when
History of Crayola crayons
four bright colors were introduced: Sunset Orange, Caribbean Green, Vivid Violet, and Pink Flamingo, which were then incorporated into the regular lineup
Quartz
and jasper. Amethyst is a form of quartz that ranges from a bright vivid violet to dark or dull lavender shade. The world's largest deposits of amethysts
List of Crayola crayon colors
Dazzle Rose became "Fiery Rose", Screamin' Green became "Spring Frost", Vivid Violet became "Frostbite", and Wild Watermelon became "Heat Wave". Frostbite
Lavender (color)
(some light magenta, some light purple, [mostly] light violet [as well as some grayish-violet], and some light indigo colors). Displayed at right is the 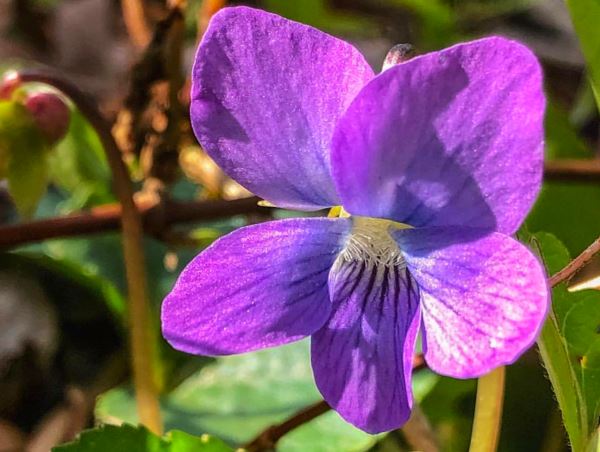