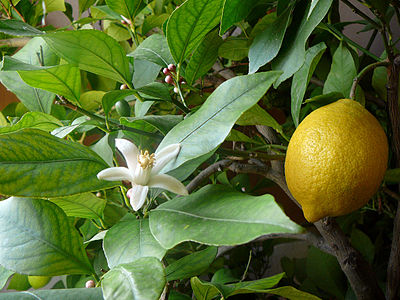 Lemon
The lemon (Citrus limon) is a species of small evergreen trees in the flowering plant family Rutaceae, native to Asia, primarily Northeast India (Assam)
Don Lemon
Don Lemon (born March 1, 1966) is an American television journalist most well known for being a host on CNN. Lemon anchored weekend news programs on local
Lemon shark
The lemon shark (Negaprion brevirostris) is a species of shark from the family Carcharhinidae and is classified as a Vulnerable species by the International
Lemon Party
The Lemon Party of Canada (Parti Citron) was a frivolous Canadian political party which has operated on a federal level, and provincially in Quebec. The
Meadowlark Lemon
Meadow Lemon III (April 25, 1932 – December 27, 2015), known professionally as Meadowlark Lemon, was an American basketball player, actor, and Christian
Lemon (disambiguation)
Look up lemon in Wiktionary, the free dictionary. Lemon is both a tree and the fruit borne by that tree. Lemon or Lemons may also refer to: Lemon Andersen
Lemon balm
Lemon balm (Melissa officinalis) is a perennial herbaceous plant in the mint family and native to south-central Europe, the Mediterranean Basin, Iran
Lemon Tree
Lemon Tree may refer to: Lemon (Citrus limon), a tree bearing fruit Lemon myrtle (Backhousia citriodora), an Australian native tree with a distinct lemon
Meyer lemon
Citrus × meyeri, the Meyer lemon (Chinese: 梅爾檸檬; pinyin: méiěr níngméng), is a hybrid citrus fruit native to China. It is a cross between a citron and
Lemon Demon
Lemon Demon is a musical project and band created by American comedian and musician Neil Cicierega in 2003 in Boston, Massachusetts. Most Lemon Demon