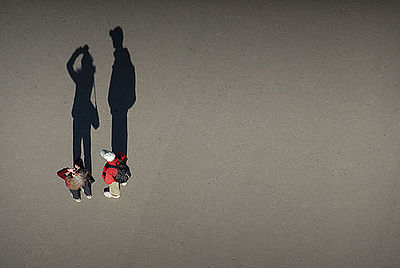 Shadow
A shadow is a dark area where light from a light source is blocked by an opaque object. It occupies all of the three-dimensional volume behind an object
The Eminence in Shadow
The Eminence in Shadow (Japanese: 陰の実力者になりたくて!, Hepburn: Kage no Jitsuryokusha ni Naritakute!) is a Japanese light novel series written by Daisuke Aizawa
The Shadow
The Shadow is a fictional character published by magazine publishers Street & Smith and writer Walter B. Gibson. Originally created to be a mysterious
Shadow (psychology)
In analytical psychology, the shadow (also known as ego-dystonic complex, repressed id, shadow aspect, or shadow archetype) is an unconscious aspect of
Shadow person
A shadow person (also known as a shadow figure or black mass) is the perception of a patch of shadow as a living, humanoid figure, and interpreted as the
Shadow IT
In big organizations, shadow IT refers to information technology (IT) systems deployed by departments other than the central IT department, to work around
Shadow cabinet
The shadow cabinet or shadow ministry is a feature of the Westminster system of government. It consists of a senior group of opposition spokespeople who
Storm Shadow
Storm Shadow is an Anglo-French low-observable, long-range, air-launched cruise missile developed since 1994 by Matra and British Aerospace, and now manufactured
Shadow the Hedgehog
Shadow the Hedgehog is a character appearing in Sega's Sonic the Hedgehog franchise. Shadow was created by Takashi Iizuka and Shiro Maekawa and first
In the Shadows
In the Shadows or In the Shadow may refer to: In the Shadows (album), 1993 album by Mercyful Fate, and the title track "In the Shadows" (song), 2003 song