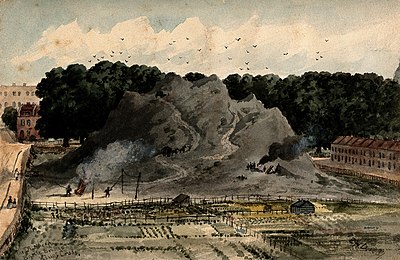 Dirt
Dirt is an unclean matter, especially when in contact with a person's clothes, skin, or possessions. In such cases, they are said to become dirty. Common
Dirt (disambiguation)
up dirt in Wiktionary, the free dictionary. Dirt is a blanket term for unclean matter. Dirt may also refer to: Soil, that is found on the ground Dirt (novel)
Colin McRae: Dirt
Colin McRae: Dirt (stylised as Colin McRae: DiRT) is a simcade racing video game developed and published by Codemasters for Microsoft Windows, Xbox 360
The Dirt
The Dirt: Confessions of the World's Most Notorious Rock Band (ISBN 0-06-098915-7) is a collaborative autobiography of Mötley Crüe by the band – Tommy
Joe Dirt
Joe Dirt is a 2001 American adventure comedy film, directed by Dennie Gordon (in her feature film directorial debut), starring David Spade, Dennis Miller
American Dirt
American Dirt is a 2020 novel by American author Jeanine Cummins, published by Flatiron Books. The book is about a Mexican bookseller who is forced to
Mud dauber
Mud dauber (or "mud wasp" or "dirt dauber") is a name commonly applied to a number of wasps from either the family Sphecidae or Crabronidae which build
Blueface
first four days on YouTube. In August 2019, Blueface released an EP titled Dirt Bag; the album was preceded by the singles "Stop Cappin'", "Daddy" and "Bussdown"
The Dirt (film)
The Dirt is a 2019 American biographical comedy-drama film directed by Jeff Tremaine from a screenplay by Rich Wilkes and Amanda Adelson, about heavy metal/glam
Simon Rex
and National Lampoon's Pledge This!. He later developed a rap persona, Dirt Nasty, and had several solo albums and co-founded the hip-hop group Three