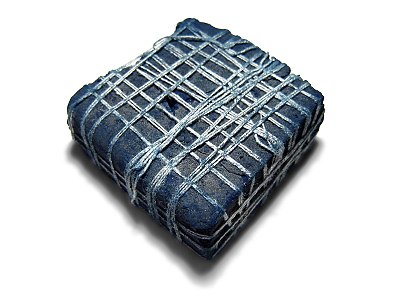 IndiGo
InterGlobe Aviation Ltd., doing business as IndiGo, is an Indian low-cost airline headquartered in Gurgaon, Haryana, India. It is the largest airline in
Indigo
Indigo is a deep color close to the color wheel blue (a primary color in the RGB color space), as well as to some variants of ultramarine, based on the
Indigo children
Indigo children, according to a pseudoscientific New Age concept, are children who are believed to possess special, unusual, and sometimes supernatural
Indigo dye
Indigo dye is an organic compound with a distinctive blue color. Historically, indigo was a natural dye extracted from the leaves of some plants of the
Indigo Girls
Indigo Girls are an American folk rock music duo from Atlanta, Georgia, United States, consisting of Amy Ray and Emily Saliers. The two met in elementary
Indigo Books and Music
Indigo Books & Music Inc., known as "Indigo" and stylized "!ndigo", is Canada's only major English-language bookstore chain. It is Canada's largest book
Indian Initiative in Gravitational-wave Observations
INDIGO or IndIGO (Indian Initiative in Gravitational-wave Observations) is a consortium of Indian gravitational-wave physicists. It is an initiative to
Indigo (song)
"Indigo" (stylized as IndiGO) is a song by South Korean rappers Justhis, Kid Milli, Noel, and Yang Hong-won. It was released on June 24, 2018 by Indigo
Indigo (disambiguation)
Look up Indigo or indigo in Wiktionary, the free dictionary. Indigo is a color between blue and violet. Indigo or INDIGO may also refer to: IndiGo, a low-cost
Indigo revolt
The Indigo revolt (or Nil bidroha; Bengali: নীল বিদ্রোহ) was a peasant movement and subsequent uprising of indigo farmers against the indigo planters,